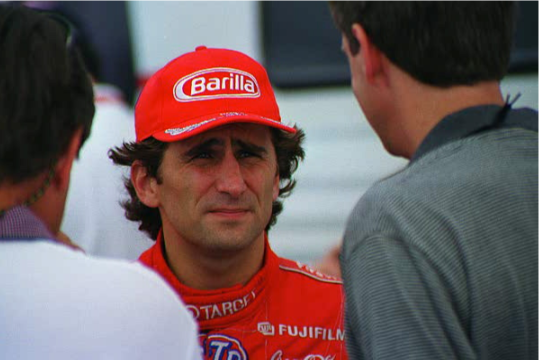 Alessandro Zanardi was born in Bologna on the 23rd October 1966 with an amazing passion for engines. Without great economic possibilities (the father is a plumber and his mother a skilled dressmaker), Alex manages to enter Formula 3000 in 1990 and over the years crosses all specialties and categories of the entire panorama of the automotive world.

On September 15th 2001, the Bolognese rider lost both legs after a terrible crash at the Lausitzring circuit. Today, however, Zanardi has become a television personality, an example of courage and tenacity and a three-time Paralympic champion in handbike racing.

Yes, because after the accident the inrestrainable driver begins to participate in various events for athletes with disabilities. Undertaking a new sports career in paracycling, where he currently runs handbike in the H4 category. He is the holder of no less than 8 world titles and at the 2012 London Paralympics he won 2 gold and one silver medals in the mixed team relay. At the end of the event, he is chosen as the blue flag bearer for the closing ceremony of the Games and a few weeks later, by virtue of the results achieved, he is elected “Athlete of the month” by the International Paralympic Committee.

In 2010 he also debuts as a television host, conducting the scientific dissemination program on Rai 3 “E se domani” (What if tomorrow), on science and new technologies. The program obtains good results because of the simplicity of the conductor’s simple exposition who, not being involved in the subject, plays the role of “curious” rather than “expert”.

Since 2012 he has been conducting the sports outreach program “Sfide” (Challenges), again on Rai 3. In his part of himself, he has also appeared several times as a guest star in the sitcom Camera Café.

The return of Alex Zanardi has moved the entire sports world even more than the drama experienced by the accident. Always noble and kind of soul, Alex has not only shown tenacity and determination, but also a great humility, desire to live and an immense love for his sport. For all the unfortunate victims of accidents similar to his, for their friends and family, and for anyone who loves sporting spirit, Alex Zanardi is a hero, an example and a point of reference.